Last month we took a really long drive down to the South of England, to the county of Devon. In Devon are the large areas of wild and bleak moors called Exmoor and Dartmoor.  Both of these areas are home to large numbers of wild roaming ponies - the Dartmoor pony and the Exmoor pony - both completely separate breeds.

First I will write about the Exmoor ponies, as they are the oldest of the two breeds.  They are actually a very ancient breed - they have descended from the indigenous British Hill type pony, without too much inter breeding with other breeds.  You can see they have a very ancient look about them: 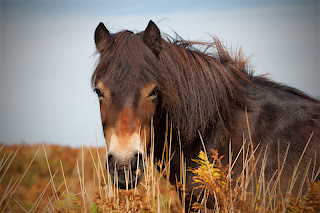 They were first domesticated by the Celts when they came to Britain, and they trained them to pull their chariots. The first written records of ponies on Exmoor are in the Doomsday book, when Exmoor was designated a royal forest.  From the Doomsday Book onwards there is little written evidence of the Exmoor Pony but records from the 1500s onwards reveal that the equine population of the moor varied in numbers rising to as many as a thousand at times. The moors, as part of the Royal Forest, were controlled by wardens who ran native stallions there but it is known that non-Exmoor mares were sometimes allowed to roam with these herds. 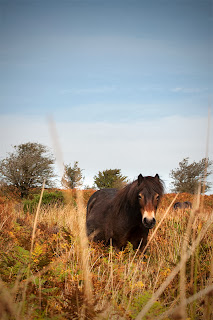 
In 1818 the forest was sold and one of the wardens, Sir Thomas Acland took 30 ponies and founded the Acland herd (now known as the Anchor herd running on Winsford hill - which is where I spent the day photographing).  A few other farmers also took a few ponies and founded herds, some of which also still exist.

In 1921 the Exmoor pony society was founded to keep the breed pure and promote them.  For a while the ponies did really well, and were used as children's ponies, helping with shepherding, ploughing and grazing the commons, but during and after the war years the ponies had a rough time due to absent owners, moorland gates left open, trigger happy troops and butchers using them for a meat source during rationing.  In 1946 only about 50 ponies remained and only 6 pure-bred filly foals were registered for the whole of Exmoor. 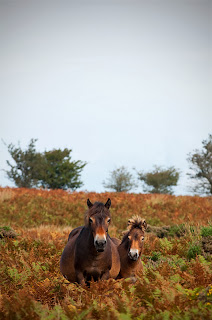 Thankfully Mary Etherington, a keen supporter of the breed, and a few other dedicated breeders saved the breed - cattle grids gradually replaced the gates and the boundaries to the commons were secured and the numbers gradually grew.  The numbers are still increasing,  now stand at around 3000 ponies worldwide.  This might sound a lot, but they are still on the Rare breeds survival trust's watch list as 'endangered' - only one up from 'critical'. 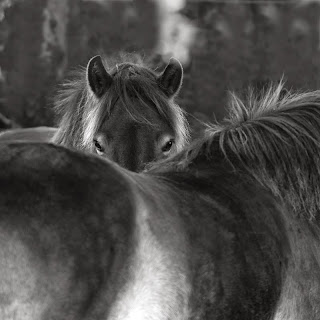 And please go here to see prints for sale:

My shop with lots of lovely pony prints for sale

Posted by mitch mcfarlane at 05:25 No comments: 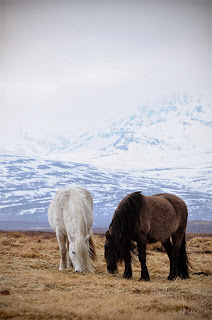 The Highland pony is an ancient breed, although there have at times been other breeds introduced into their breeding - including Arab, Clydesdale and Percheron to make them larger and stronger.  They have had many roles throughout history, including logging, carrying stags for the shooting parties and going to war. 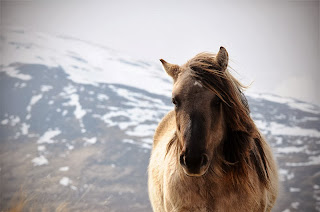 They have also been favoured by the Royal families down through the years:

Queen Victoria talks about riding Highland ponies.  In "Life in the Highlands" the Queen describes a September day in 1842 when she and Prince Albert were the guests of the Duke of Atholl at Blair Castle: "We set off on ponies to go up one of the hills, Albert riding the dun pony and I the grey, attended only by Sandy McAra in the Highland dress. We went out the back way across the ford, Sandy leading my pony and Albert following closely, the water reaching above Sandy's knees"

Queen Elizabeth II is patron of the Highland pony society and In 2007 she opened a full-time Highland pony stud at Balmoral.  One of her ponies won its class at the Royal Highland show in 2010.  She is also often seen riding Highland ponies around the estate. 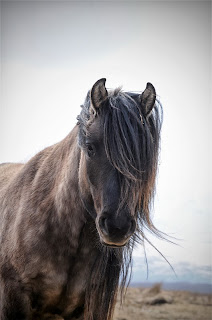 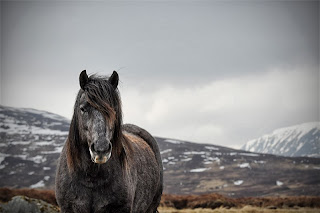 Hopefully their popularity may come back and people will realise how adaptable and fun to ride they are, even for adults, and they will be able to come off the rare breeds watch list. 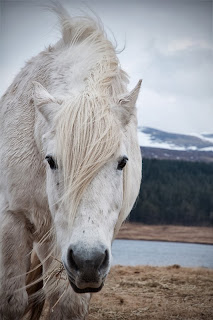 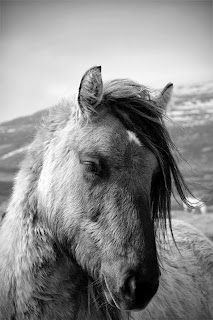 *Please click on the photos to see them larger

Posted by mitch mcfarlane at 12:02 No comments: