There were only 3 ponies at this location a very dark bay, a bright bay and white, so these ones weren't that unusual.  Some Highland ponies come in very unusual colours, and many of them have a dorsal stripe and zebra markings on their legs showing how closely related they are to the ancient breed.

Here is what the breed description says about the colours:

"A range of duns-mouse, yellow, grey, cream. Also grey, brown, black and occasionally bay and liver chestnut with silver mane and tail. Many ponies have a dorsal stripe and some show zebra markings on legs. Shoulder stripe often present. A small star is acceptable but other white markings are discouraged. Foal coat often changes and many ponies change colour gradually as they grow older, especially those with grey hairs interspersed with the original colour. Others show a slight seasonal change in colour between winter and summer coats. Broken colours are not allowed" 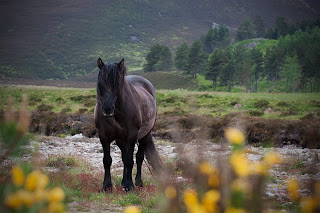 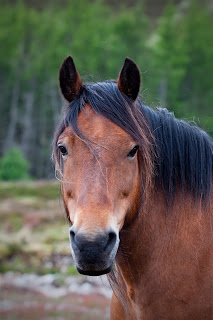 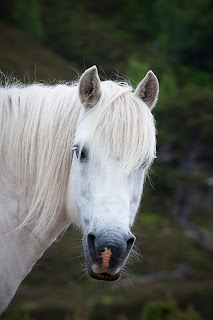 I will be putting up more photos of different Highlands in different colours from our other photographing trip in Dalwhinnie, so be sure to check back soon. 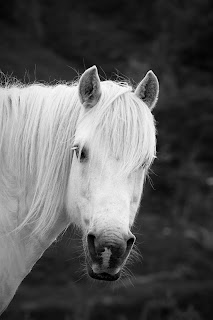 White pony in black and white 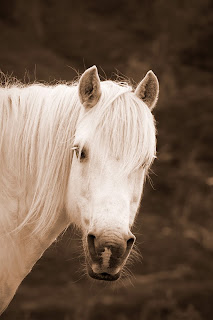 Posted by mitch mcfarlane at 08:40 No comments: 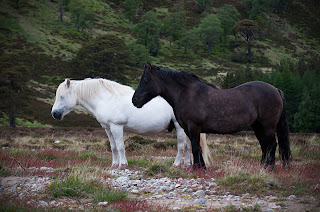 The highland ponies we saw at Glen Feshie were very large and chunky for a pony, as you can see from the photos - they are more like a draft horse build. 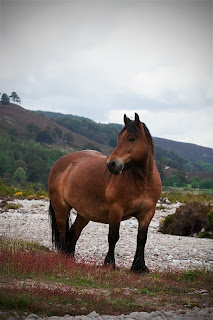 They have been intentionally bred to be like this, so that they could be used for their many jobs in the Highlands of Scotland.

Their strength and size would have made them a suitable mount as a war horse, as far back as the days of William Wallace and Robert the Bruce. It is said that Robert the Bruce faced the attack of the army of King Edward II, sat astride a Highland pony.

Other jobs they have had over were as pack ponies, transporting goods in large wicker panniers attached to a wooden pack saddle. They were used on farms, where the crofters used them for ploughing, forestry, and haulage. In later years, Country Estates found the Highland pony useful for bringing game and deer down from the hills.  The ponies handlers are often called ghillies and the ponies are called garrons.

Their size ranges from 13hh - 14.2hh (132cms - 148cms) but they are very very strong for their size.  It is said they can carry up to 17stone.  A full grown stag could easily weigh that much and they carry these across the hills after a days hunting. 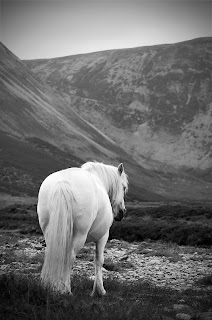 If you want, you can pay lots of money to one of the large Scottish estates in the Highlands and try this for yourself ( not the carrying of the stag - but joining a shooting party ! )

Deer stalking in the highlands
Article from 'the field' shooting magazine


I would just like to mention that although deer stalking is regarded by many as a necessary part of Scottish life, I do not personally endorse it - I am against all blood sport. 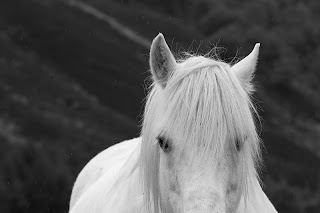 
Please click on any of the photos to see them larger.

If you want to purchase my horse prints, many of them are available to buy from my website or my etsy shop


Posted by mitch mcfarlane at 07:59 No comments: